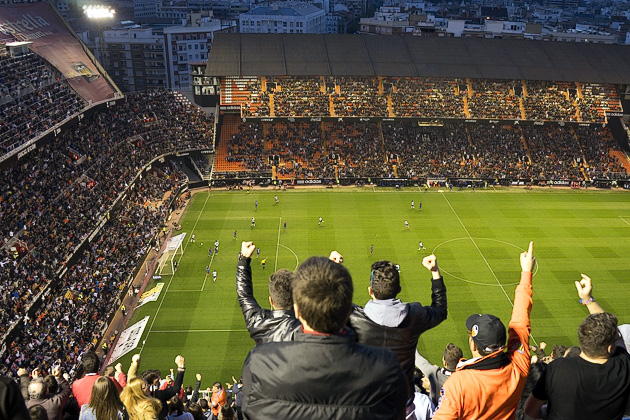 It should come as no surprise that the most popular sport in Valencia is football. This is Spain, after all. Of the twenty teams in La Liga, Spain's First Division, three are from the Comunidad Valenciana (at least in the 2015-16 campaign). And two of these are based in the city itself: Valencia Club de Fútbol and Levante UD. We attended a Monday night derby between them.

Continue ReadingDerby Night at the Mestalla